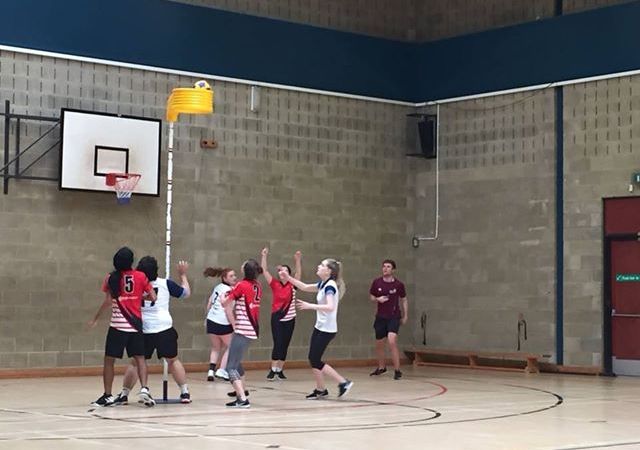 The thirds were in action this weekend, facing off against Strathclyde 1 who are looking like champions-to-be. But the first match was against Saint Andrews 2, the team that the 3s picked up their first ever win against just a few weeks ago.

City got off to a cracking start with Andrea Kinver hitting her first two shots of the game before Naobh O’Donaghue scored her first of three goals. There was some fantastic play from our Citizens, with plenty of strong rebounding and second-chance opportunities, the home team played out the first half well, going in to the break 7-1 up.

The second half continued in the same vein as the first, except our shooting percentage increased and almost the whole squad got on to the scoresheet! Some slick play from Maria Hantova found her grabbing a couple of goals from close distance and captain Vivek Santayana converted from the spot.

With the team cruising to victory, there was a slight sour note towards the end of the game when Lauren Halkerston was forced off with a knee injury. The initial reports are that it’s not too serious and we hope she’s back on court in the near future.  The final whistle blew and the 3s had their second victory of the season, winning 17-2!

As expected, this match was never going to be easy. The early play was pretty even with both sides trading goals but at 4-2 Strathclyde changed gears and really began to pull away from the hosts.

Naobh O’Donaghue grabbed another hat-trick with Andrea Kinver getting the only other goal for City, but Strathclyde were much too strong in every department. Led by match MVP Ross Fraser who dropped in 5 goals for the winners, Strathclyde took the 2 points with a 17-4 victory.