Edinburgh City have had a jam packed weekend and we’ll try and give you all of the details that saw the club travel to Glasgow for a beginner’s tournament, training hard across the weekend with the Scotland squad and also having our big bowling social on Saturday evening.

Ella Paul took a group of players to Glasgow’s beginner tournament and, except for the help of Laura Powell, all of the squad had been playing korfball for a year or less! A fantastic achievement for the club to be able to field a squad full of newbies.

The format of the tournament was two pool groups and short 10 minute matches. The team played 5 group matches, winning 3 of them but finishing 4th in the group after the top 3 in the group all took wins from each other. A placing game against Dundee saw a narrow 2-1 defeat before facing Glasgow to play off for 7/8th position. An exciting game ended with Glasgow equalising late on to force a penalty shootout but City stayed calm and Adam Hardy scored the winning penalty to leave the team finishing 7th out of 11 teams competing and winning 4 out of their 7 matches on the day!

Ella said of the day “The team showed real improvement throughout the day and were asking lots of great questions, making the most of an opportunity to learn in a less competitive environment. John McDowell scored a great runner, Jiayi Liu showed fantastic hustle and Alex and Adam really fought hard in the rebound position.”

Ella also thanked Adam and Laura who stepped up to referee some matches at the tournament too.

The day say playing debuts for Anj Gopalan and Matthew Walker and we look forward to seeing how all of our fantastic beginners get on this season!

A great event put on by our social secretaries Christie Smillie and Laura de Nooij saw the club travel out to World of Bowling for some fun, and not at all competitive bowling action!

As well as strikes, spares and plenty of gutter balls, there was also competitions for the highest team and individual scores as well as the most coveted “best socks” award. Matthew Walker got an honourable mention for wearing his lipstick socks over his trousers all evening, but the judging panel decided that they couldn’t choose between Jacky Mo’s Christmas Darth Vader ensemble or Kitty Dutton’s artistic Mona Lisa socks. So it was put to a public vote and whoever got the loudest cheers would be crowned. Causing quite the commotion, the club voted Kitty as the winner of the inaugural sock award whilst Matthew Cook picked up the best individual score with a massive 149 points.

After the bowling, many of the club headed on to Adam Hardy’s housewarming party where we helped him discover his very own Darth Vader merchandise and hopefully helped to warm his lovely new flat appropriately!

New Scotland coach Colin Boys was up this weekend to take charge of his first Scotland training sessions and it was a great chance for our Citizens to receive some top level coaching as well as try to impress Colin ahead of next year’s European Championships. It was great to have so many representing the club at the training weekend with Dan Pratt, Laura de Nooij, Dave Ewing, Michael Garbutt, Katrina Caldwell, Jacky Mo, Heather Mackintosh, Andrew Goode and Kitty Dutton all joining in. 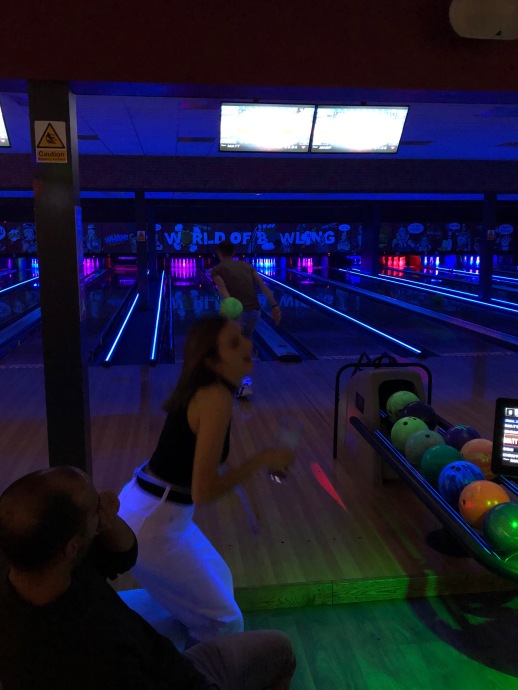 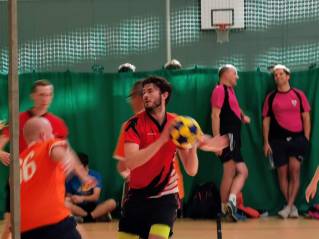 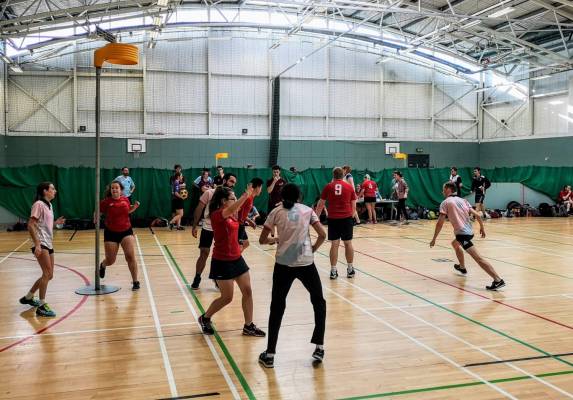 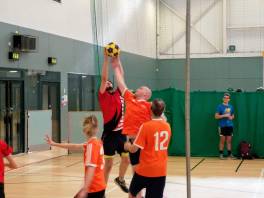 Edinburgh City are delighted to announce another free beginner session, aimed at introducing newcomers to korfball, the club and perhaps even sport in general!

We will be holding a training session at Oriam, Heriot-Watt University from 16:30 until 18:30, as well as being completely free… one attendee will win a seasons free membership!

For a quick introduction to korfball, this video is great for breaking down the rules.
To register your interest and to make sure you keep up to date on all of the news, you can head to the Facebook event and click ‘Interested’ here.

If you want to know more, please feel free to contact Daniel Pratt at ECKC.Development@gmail.com 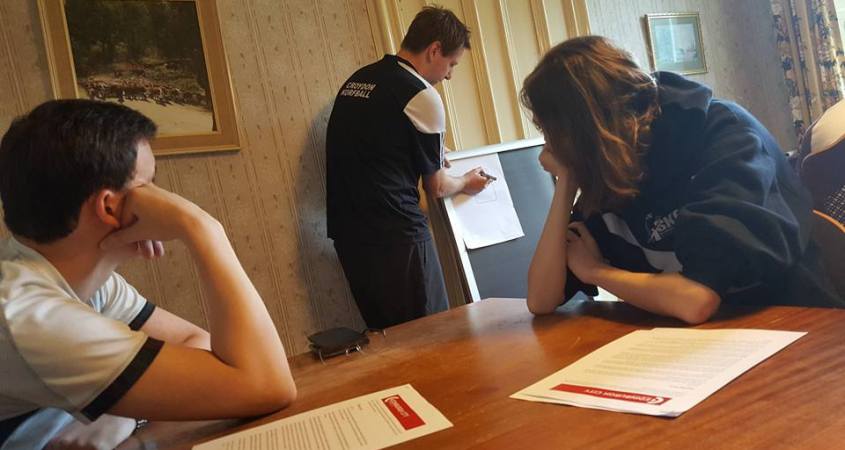 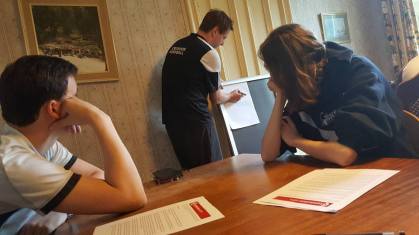 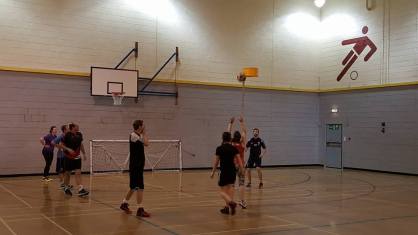 The Citizens escaped from Edinburgh last weekend for a few days of the 3 Ts = training, theory and team bonding.  With a successful summer transfer window it was a great opportunity to integrate our new faces and to look forward to the season ahead. 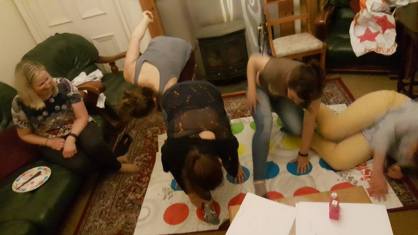 A hard training session at Stenhousemuir Sports Centre was the focus and also a focus on not injuring each other playing other games across the weekend!